“My bus ride to work each day thus provides a glimpse into the simmering sectarian divisions of the city.”

We often see our city’s fragments and divisions, but what about the networks and connections that stitch them together?

This bus ride is also a glimpse into what endures despite division.

‘These are the stories of citizens who head to Beirut and its environs for work, every day, from the four corners of the nation, and who return to their home towns and villages in the evening to ‘divide the bread’ of their workday with their families.’

Have a look at this very important article (in Arabic) that first ran in As-Safir Newspaper. The issue of public transport cannot be disconnected from the prohibitive price of rent and housing in Beirut, the over-concentration of jobs in urban centers, and other wider issues of demography.

Areas served by few or infrequent buses — called ‘transit deserts’ — reflect these socioeconomic patterns, and can often make them worse by skewing our choices of where to live and work. The lack of night services on many routes also affects people’s choices of where to go and who to interact with.

Mapping can help us figure out which regions are under-served by public transport, and in doing so, point to underlying inequalities that can be improved — but not solved — by better network coverage.

How are your day-to-day choices of where to live, who to meet, etc., affected by the transport system? Let us know on our Facebook page.

One of the trickiest aspects of bus travel in Lebanon is figuring out the best and most efficient spots to transfer between different bus routes with little or no walking. 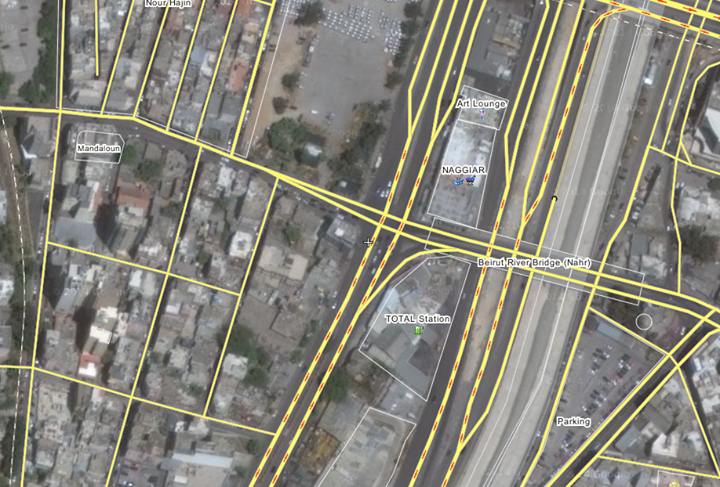 What are your favorite tips and tricks for multi-stage bus travel?